Prediction 21 “Oil Rig Destroyed” posted May 12th reads:  In the south the very dangerous unkept oil rig will be destroyed. The company is grossly to blame. The voice of the people demand this should be the last time,  around July. Original Post: http://worldwidepredictions.com/2012/05/12/prediction-21-oil-rig-destroyed/

The Facts: ABC News Reported Nov 16th Oil Rig Explosion Fire in Gulf Coast;  “An oil and gas rig off the coast of Louisiana was hit by an explosion and fire this morning, leaving crew members missing. The U.S. Coast Guard confirmed that a Black Elk Energy Co. oil and natural gas platform had some sort of explosion occur in the gulf, sending plumes of black smoke into the sky over the water.” Quoted News: http://news.yahoo.com/oil-rig-explosion-fire-gulf-coast-161731063–abc-news-topstories.html

The July timing is wrong nor is there any clear connection to Australia. We might have jumped the gun on previous summaries. 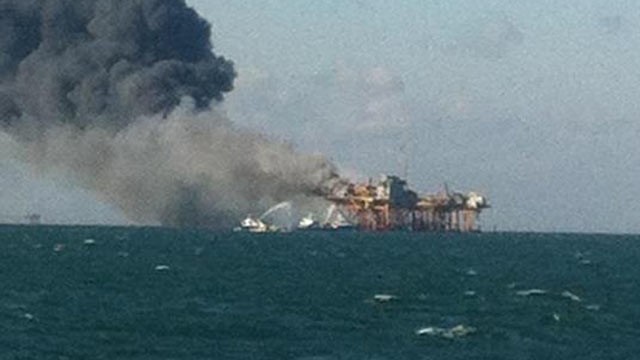